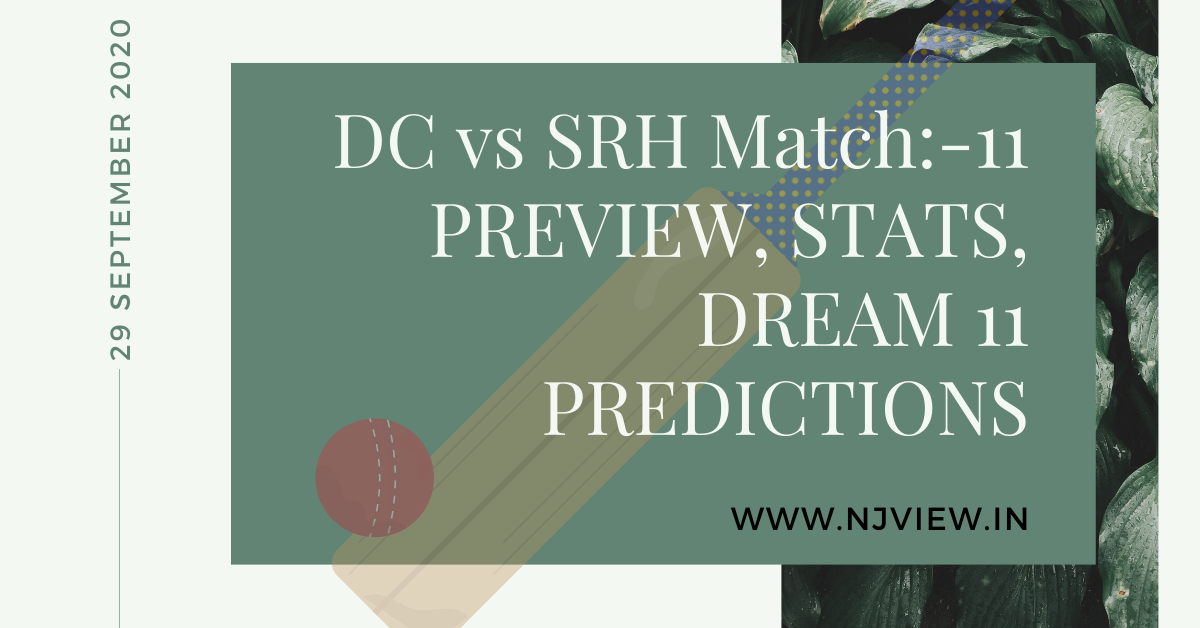 The weakness of the team: Delhi Capital Weakness is not coming out in the first two matches as they won both matches but they struggle in the powerplay in 1st game and lose wickets.

SRH Start with 2 losses in this season of IPL. They lose the first match against Rcb by a small margin of 10 Run and the Second Match Against KKR by 7 wickets in a one-sided match.

After losing Top-order they lose hope as no one comes to take charge and finish Inning.

In this pitch of Abu Dhabi batting the first team scores well in comparison to batting 2nd.

So if any team which is batting the first batsman can do well so you can pick more batsman from the top order of batting first team.